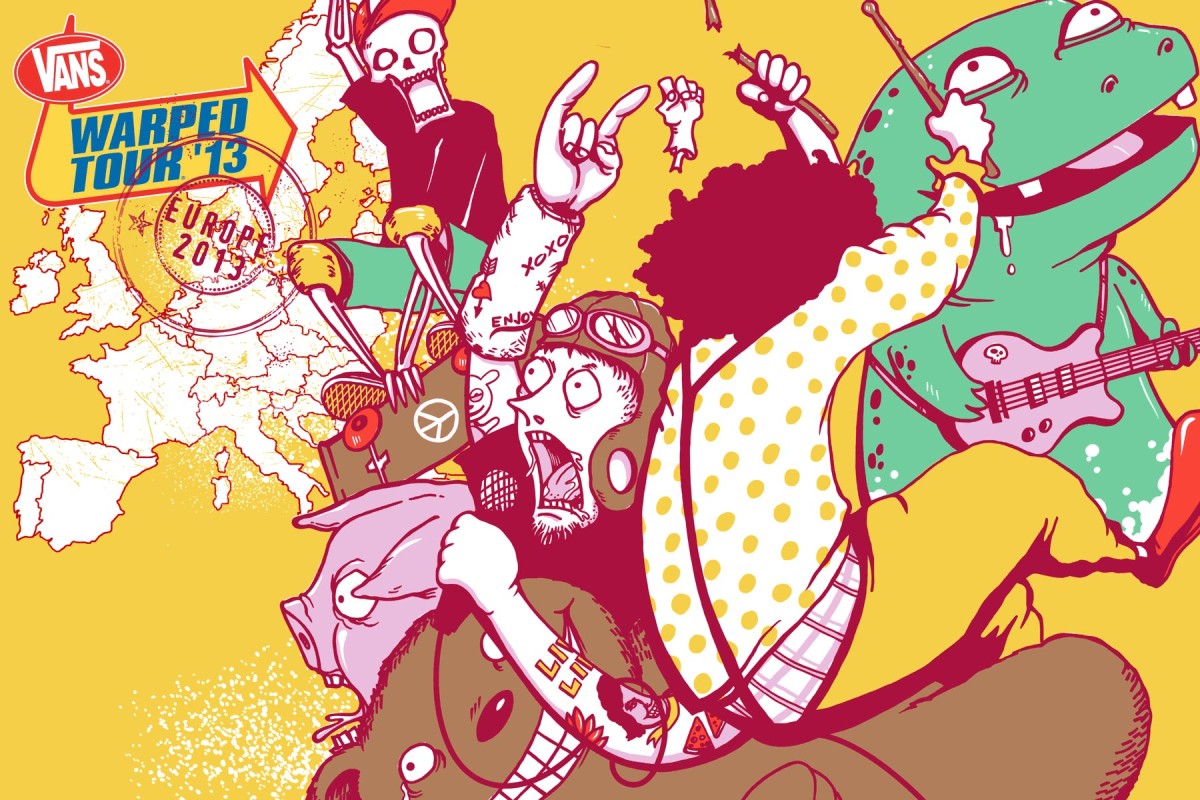 As of the mid-2000s, the Warped Tour has featured as many as 100 bands per show. The bands play for up to 30 minutes over approximately 10 stages, although the biggest bands generally play the two main stages. Bands typically start at 11:00 am and end around 9:00 pm, with several bands playing at once. The individual band times and stages where each band play is marked on a large board usually centered in the middle of the venue. The stages are set up in various locations around the venue to ensure one band’s music is not disrupted by the other bands performing at that time. Fans can vote online for the band they want to see play a longer set as the last band of the night.

Every year there is a „BBQ Band,“ which, in exchange for the privilege of playing on the tour, must prepare food for the bands and crew for the barbecue which is held most evenings. Past „BBQ Bands“ have included Dropkick Murphys and „The Fabulous Rudies“.[1] Similarly, one band, Animo (formerly DORK) has been permitted for the past four years to play on the tour in exchange for working on the setup crew.

The tour started as a skate punk and third wave ska tour, but later began to feature mostly post-hardcore, pop punk, and metalcore acts. There are also some hardcore and street punk bands, such as the Casualties, the Unseen and Anti-Flag, that still play Warped Tour, as well as older bands that have played the tour numerous times since its inception (Bad Religion, NOFX, etc.)